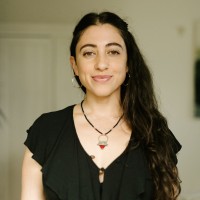 Working Towards a Safe and Ethical Ibogaine Community

Juliana Mulligan has been an active member of the Ibogaine community for eight years and holds a B.A. in Psychology. She has worked in three Ibogaine clinics, trained under Dr. Andrew Tatarsky, and is a certified EMT. Under her current business Inner Vision Ibogaine, she works therapeutically with people supporting them in preparation for, and in integration after, Ibogaine treatment. Previously she was an opioid dependent person for seven years during which she served time in county jail, experienced overdoses, was homeless, and tried most mainstream forms of treatment. In 2011 with the help of Ibogaine she left opioids behind. Although her treatment was a success, the clinic was practicing unsafely and she narrowly survived six cardiac arrests and two weeks on a pacemaker in the ICU. This experience led her to focus much of her work on safety and proper clinical practice. She is also currently working to create new systems of accountability and responsibility amongst Ibogaine practitioners. She has been featured in Double Blind magazine, Woman's Day magazine, and Psymposia.